The Queen or John Wayne? 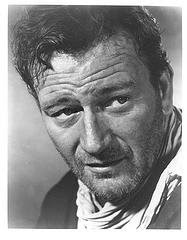 London, November 4, 1975
While living in London, Warren was working on the BP Forties Field. This was a huge offshore field in the North Sea. He traveled to Scotland a lot for this project. The jacket for the platform had been constructed at a site in Nigg, Scotland. It was a very big deal when that jacket was finished. So big in fact, that the Royal Family attended the float out of the jacket.

Warren sent a helicopter to London to pick me up and fly me to Nigg so I could witness the ceremonies. I remember vividly the buzz of activity that day. The red carpet was laid out at the dock and we awaited the Royal Yacht. When it arrived, Queen Elizabeth and the Duke disembarked in regal style. Anticipating taking some pictures, I took my new Polaroid camera with me. As the Queen began walking down the carpet, I waited until she was very close to me and then I snapped her picture.

The next day an article on the festivities appeared on the front page of the local newspaper and within that article was a sentence about “the American lady who took the Queen’s picture with a Polaroid.” There sure wasn’t anything bashful about me!

After we returned to London, Warren and I went out to eat. We invited one of our friends, Richard Morgan, along. We decided on Trader Vic’s. It was an “in” restaurant at the time. I couldn’t stop talking about seeing the Queen of England.

We were seated and had already ordered when I looked over at the table just behind us and recognized Mel Ferrer. Then I heard this voice. I immediately knew who it was and I elbowed Warren who was talking business with Richard. I told him that I heard John Wayne. He did not really pay any attention to me until John Wayne walked through the door and sat down with Mel. I was about to explode because I wanted to get his autograph. Our meal arrived and I could not eat because I was too interested in John Wayne. Warren told me to let the man have a drink and get settled before I rushed to his side.

Finally! Warren gave me the go-ahead and I approached John Wayne and apologized for bothering him but he told me it was no bother at all. I immediately told him, “I thought seeing the Queen was the highlight of my life until you walked through the door.” He stood up and kissed me on the cheek and took my hand and said, “You’re a damn fine woman.” He then gave me his autograph and I returned to my table.

It is really hard to pay attention to your meal and your husband and friend when you see other people enter and join John Wayne at his table. They were so close that we could hear their conversation.

Half way through our meal, John Wayne got up and came over to our table! Warren was always the cool macho man, but he had always liked and admired John Wayne. Warren immediately told John Wayne that he would be honored if he could shake his hand. John Wayne was sooooooooooo cool! Warren told him that he read the interview that Wayne had done with Playboy Magazine and that he agreed with everything Wayne had said. John Wayne’s response was, “We sure made a few Indians mad that time, didn’t we?” He patted Warren on the back and continued on to where he was going. After a few minutes John Wayne returned to his table, but not without giving us a big smile first.

A true story from Judy McCoy
Posted by Viva McCoy at 6:30 AM