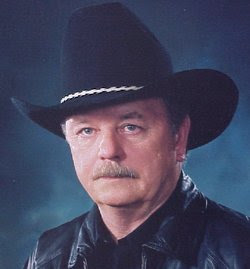 Death: March 22, 1999
Warren was born in Pampa, Texas. He was the son of Donald Mack McCoy. His mother's name was Loraine Warren. He was named after his uncle, Weldon B. Warren. He had one brother, Donald Eugene. Warren married Judith Lee Schumaker Mruphy on July 19, 1958 and they stayed happily married until his death. They had two sons, Donald Mack and Michael Ray. His grandson's name is Michael Warren and his granddaughters are named Maegan Jo and Madeline Kay. He was a proud, hard-working and honest person. His family was his passion. His death was caused by exposure to asbestos during the late 1950s and early 1960s. He was diagnosed with mesothelioma (cancer of the lining of the lung) in July of 1997. He left us far to early and his is missed very much. He left a great legacy to his sons and grandchildren. His headstone at the Houston National Cemetery reads: Warren Weldon McCoy, US Marine Corp, Cpl. Korean War, October 28, 1936, March 22, 1999. "Ain't too bad, this'll work" is engraved on his stone. This phrase was a favorite of Warren's. This is usually how he responded when his family asked him a question or wanted his opinion. He is buried in section M2, grave #491. This is the next to the last row in his section. This and other pictures, notes and comments can be found on findagrave.com
Posted by Viva McCoy at 6:25 AM